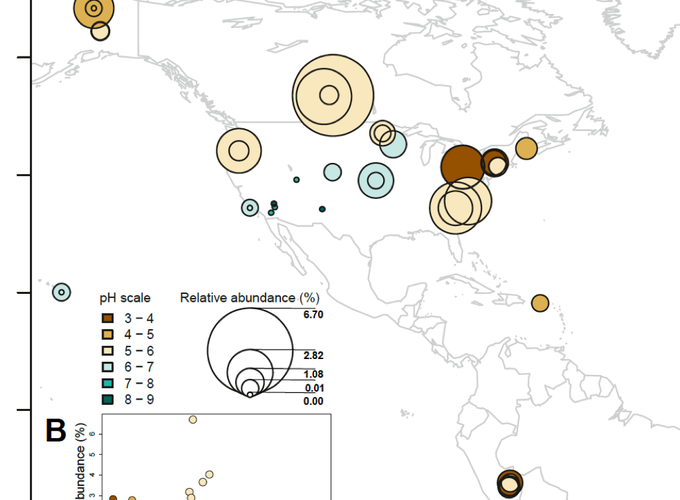 Bacteria belonging to the genus Burkholderia are highly versatile with respect to their ecological niches and lifestyles, ranging from nodulating tropical plants to causing melioidosis and fatal infections in cystic fibrosis patients. Despite the clinical importance and agronomical relevance of Burkholderia species, information about the factors influencing their occurrence, abundance and diversity in the environment is scarce. Recent findings have demonstrated that pH is the main predictor of soil bacterial diversity and community structure, with the highest diversity observed in neutral pH soils. As many Burkholderia species have been isolated from low pH environments, we hypothesized that acid tolerance may be a general feature of this genus, and pH a good predictor of their occurrence in soils. Using a combination of environmental surveys at trans‐continental and local scales, as well as in vitro assays, we show that, unlike most bacteria, Burkholderia species have a competitive advantage in acidic soils, but are outcompeted in alkaline soils. Physiological assays and diversity analysis based on 16S rRNA clone libraries demonstrate that pH tolerance is a general phenotypic trait of the genus Burkholderia. Our results provide a basis for building a predictive understanding of the biogeographical patterns exhibited by Burkholderia sp.