Oxalotrophy, a widespread trait of plant-associated Burkholderia species, is involved in successful root colonization of lupin and maize by Burkholderia phytofirmans 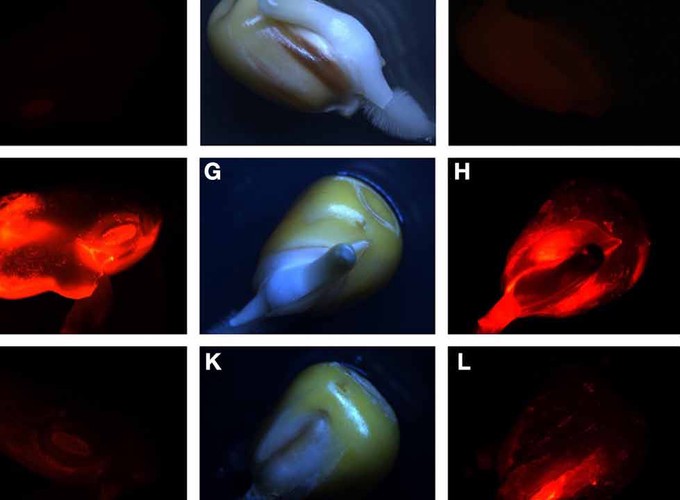 Oxalotrophy, a widespread trait of plant-associated Burkholderia species, is involved in successful root colonization of lupin and maize by Burkholderia phytofirmans

Plant roots and shoots harbour complex bacterial communities. Early seed and plantlet colonization plays a key role in determining which bacterial populations will successfully invade plant tissues, yet the mechanisms enabling plants to select for beneficial rather than harmful populations are largely unknown. In this study, we demonstrate a role of oxalate as a determinant in this selection process, using members of the genus Burkholderia as model organisms. Oxalotrophy, i.e. the ability to use oxalate as a carbon source, was found to be a property strictly associated with plant-beneficial species of the Burkholderia genus, while plant pathogenic (B. glumae, B. plantarii) or human opportunistic pathogens (Burkholderia cepacia complex strains) were unable to degrade oxalate. We further show that oxalotrophy is required for successful plant colonization by the broad host endophyte Burkholderia phytofirmans PsJN: an engineered Δoxc mutant, which lost the ability to grow on oxalate, was significantly impaired in early colonization of both lupin and maize compared with the wild-type. This work suggests that in addition to the role of oxalate in heavy metal tolerance of plants and in virulence of phytopathogenic fungi, it is also involved in specifically recruiting plant-beneficial members from complex bacterial communities.